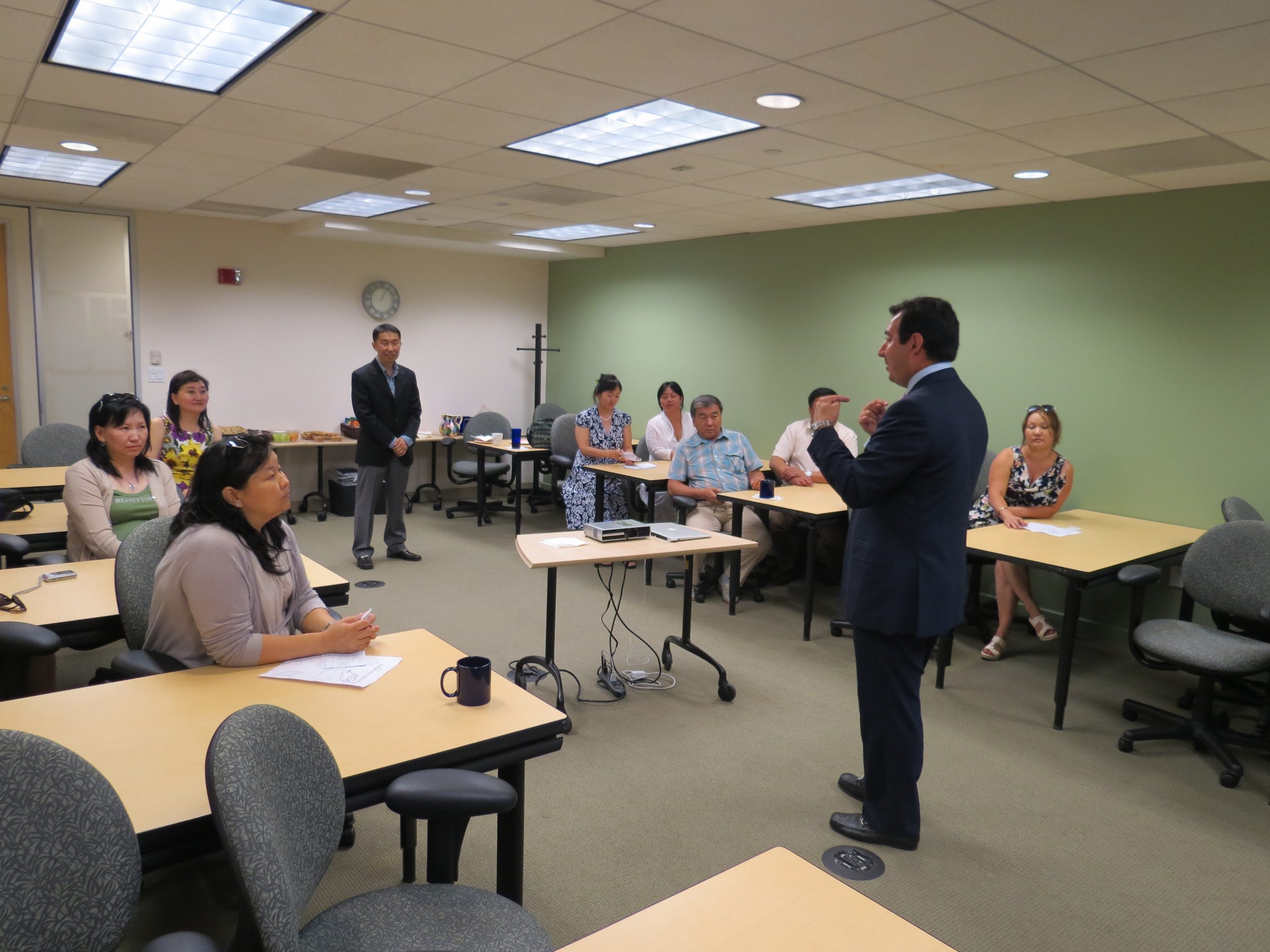 HafeziCapital had the pleasure of hosting the Mongolian Accounting Institute at its World Headquarters in Tysons Corner, Virginia. HafeziCapital’s week long seminar centered around the role of the CFO in the United States and Europe. The program was designed to bridge the gap between the United States and the up and coming “Wolf” economy of Mongolia. HafeziCapital has been very active in Mongolia and has been working with various governmental agencies and non-profits to establish stronger ties. The Mongolian Accounting Institute is one of the first Mongolian non-profits that HafeziCapital has worked with and looks forward to a long  term relationship.

Mongolia is presently one of the most dynamic economies in the world with a rapid pace of growth, expanding by 16.7% (YOY) in the first quarter of 2012 (World Bank). The demand levels are two fold, namely heavy government spending coupled with a growth in the private sector fueled by Commodity exports.  The Mongolian growth story is being led by the service sectors, in particular wholesale and retail trade which expanded by 51 percent year-over-year in the First Quarter of 2012. The Mongolian Stock Exchange (MSE) has been the best performing stock exchange in the World in 2010, having increased by 121%. In 2011 it was the second best performer having increased by 57.8%. HafeziCapital International Consulting has actively strengthened its position in Mongolia by helping US firms enter the Mongolian market, and helping Mongolian firms in product acquisition and expansion into the United States. HafeziCapital has advised CEO’s of Mongolian companies on possible secondary stock offerings or IPO’s in Hong Kong as well as Singapore. To this extent HafeziCapital is proud to further strengthen the relationships between the Wolf economy and the World.