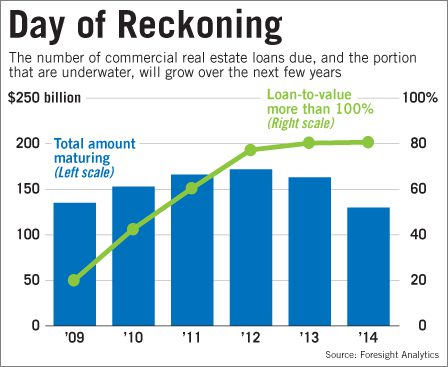 We delayed the real estate market report until after the Fed meeting in April; and to look at three consecutive months of jobs reports—March, April and May. Unemployment has been growing at a much slower rate. Within the United States, the ISM numbers are moving towards a contractionary direction with a print of 53.5. Five of the eleven numbers composing the ISM are now in contractionary territory. The “Price” indicator of the ISM had a notable decline of 13.5 points from 61 to 47.2 (any number below 50 is contractionary). The reporting companies are loosing pricing power and are discounting materials to sell them.

The global economy is in panic mode and we have seen a flight to quality as exemplified by the US ten-year bond rate that is currently at historic lows below 1.5% and by the Swiss ten-year bond that is below .50%. The Fed is currently in a wait and see mode and has not made any policy changes. The news on the job front was not encouraging as job growth has flat-lined after the winter surge and dropped dramatically in May. All the above will have an impact on Real Estate market prices.

Foreclosures stalled as a result of the “robo-signing” issue, which was resolved through a settlement between governments and the offenders.  However, we expect that the number of foreclosures will increase as we get into the summer months.  August 2011 default notices increased 33% over July 2011, which translates into an increase in foreclosure in the middle of this year.  In Florida, for example, 1 out of every 341 housing units received a foreclosure filing in February 2012 alone.

New home sales fell sharply in March, dropping to a seasonally adjusted annual rate of 328,000, down 7.1 percent from the February’s numbers.  Despite the month-to-month decline, sales in March were still 7.5 percent higher than in March 2011 when sales were at an annual rate of 305,000. Pending home re-sales in April dropped 5.5%. (Source Bloomberg, May 30, 2012).

Building permits increased in February 2012 to 717,000; a 5.1% increase over January.  However, this is somewhat misleading since the majority of the permits were issued for rental properties of 5 or more units.  In fact, permits for single family units fell in February by 1.0% over January.

There is some increase in new home construction, but a drop in re-sales. This may translate into a further slowing of housing market.

The unemployment rate jumped to 8.2% in May, due to a dismal new jobs report.  Only 69,000 new jobs were created in May following anemic job growth in March and April.  Jobs are being created, but not at the pace necessary to get the US out of the employment recession. A CNN Money report last month indicated that “there are far more jobless people in the United States than you might think. Last year, 86 million Americans were not counted in the labor force because they didn’t keep up a regular job search. While it’s true that the unemployment rate is falling, that doesn’t include the millions of nonworking adults who aren’t even looking for a job anymore. And hiring isn’t strong enough to keep up with population growth. As a result, the labor force is now at its smallest size since the 1980s when compared to the broader working age population.”

Since the recession began, the US has lost over 600,000 state and local jobs.  Another 13,000 were lost in May the result of further shrinking government budgets.  Nearly 500,000 long-term unemployed will no longer be receiving benefits after June and will disappear from the ranks of unemployed, no longer being counted, and possibly skew the unemployment stats, making unemployment look better that it is. (Source N.Y. Times, May 28, 2012).

Average job creation for January-February was 267,000 per month; but in March and April new jobs fell to an average of 135,000.  May was predicted to show that the US economy created 150,000 jobs, but the reality was almost half.

Anecdotally, a survey of 2009-2011 Rutgers University graduates found that only 51% had found full time employment and that their average salary fell from pre-recession levels by 10%.

The world economic situation is further cause for concern. The globe may be in a synchronized contractionary period as evidenced by the news out of Asia. Australian manufacturing has clearly entered into a recession. The Chinese Purchasing Managers Index (PMI) as measured by HSBC printed a contractionary number of 48.7 in May, the seventh straight month of negative print. Brazil was forced to decrease its inter-banking interest rates for a seventh straight time due to a slowdown at home. India is posting its slowest growth in nine years. Unemployment continues to rise all over Europe and its ISM is in contractionary territory. German credit default swaps continue to rise and are higher than in 2008. Spanish Banks are claiming that access to money is harder than during the Lehman crises. Bank deposits within Europe are contracting at the fastest rate as measured in the past 14 years. Spain is on the verge of requiring formal aid from he ECB and the IMF. As the “Economy Minister Luis de Guindos said late yesterday that the future of the euro is at stake, as data showed a net 66 billion euros ($81 billion) of capital left Spain in March. ‘I don’t know if we’re on the edge of the precipice, but we’re in a very, very, very difficult situation,’ he said at a conference in Sitges.”

Talks of austerity have not resulted in growth in England and France.  The French elections resulted in the winning of the Socialist party. The Greek economic crisis has yet to be resolved with political headwinds ahead. Parliamentary elections in Greece are set for June and we could see an anti-Europe candidate winning. Spain’s unemployment rate is running at 23.6% with youth unemployment running at 50.4%. (Source The Telegraph, April 2, 2012)

Add in US Presidential elections, the Budget talks and the uncertainty about the future of the Affordable Health Care Act (“Obamacare”), a Congress that is at a stand still, waning consumer confidence, decrease in consumer spending and it does not appear that we have clear economic visibility.

There were $1.9 billion of newly distressed retail properties in Q1 2012.  However, the total inventory of outstanding distressed properties decreased to $28.3 billion as buyer activity increased.

Where once panicking lenders and special servicers were nearly giving away bad loans and REO, they now are holding back on disposing of troubled assets as the accounting practices allow them to put the “junk” off balance sheet.  There may a “jewel” in the pile of bad loans and REO, but it will be harder to find. The US economy has over $160 billion dollars worth of commercial real estate market maturing in 2012 with another $155 billion maturing in 2013. Commercial real estate default rates will increase given that the average Loan to Value ratio is at 80%.  Average retail cap rates for Q1 2012 fell to 7.3%. Regional mall cap rates (except trophy properties situated in high income areas) fell; cap rates for strip centers were slightly higher for the same period. It is all about multi-family.  As homeowners get squeezed out of single family homes, the immigrant population seeks housing and populations shift to areas with improving economies like Dallas, Houston, Austin, Seattle, San Jose and Denver, developers are increasing there position in apartment units.  This is verified by the number of permits issued for multi-family that we spoke of before.  The ever- looming problem is the potential for over-building.

There is still a play to be made for strategically located medical buildings, 24 hour hotels in major cities and industrial properties in port and transportation centers.

The investment philosophy has to be you need to hold for the long term and look to the long term.  Two times return is just not feasible in the short term.  Rates of return are in the 7.5% range. Any leasing activity except for the “big box” stores and national tenants should not be more than for 2 years without having market price clause built within the contract. The US economy will most likely muddle along although the probability of a recession has increased in the past month.