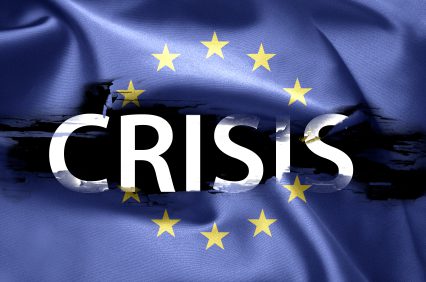 On a daily basis the economic crisis within the European Union is putting pressure on European companies to deliver positive financial results. With the majority of the European Union (EU) countries in or near a recession, European companies are struggling to survive. The domestic market is becoming challenging and the international market even more so. Rapid currency fluctuations, and a lack of visibility and predictability on taxes and government restriction have forced companies to play catch up and lose money in the short-term. This is exemplified by the Spanish Austerity Measure passed by President Mariano Rajoy in Spain on July 11, 2012. The austerity measures that are being imposed by governments are going to have a negative impact on net-demand and are increasing the barriers for businesses at a time when easing barriers is empirical to achieve growth within the Eurozone. Given the above issues, HafeziCapital is helping European companies move to the United States.

In Spain, President Rajoy has increased the Standard Value Added Tax (VAT) from 18% to 21% and decreased civil service pay and bonuses. The minimum income tax rate in Spain is 24.75% with the maximum being 52%, and the mean being 47%. The mean does not take into account local and regional taxes that can increase the effective tax rate to  56%. In Italy the general income tax rate is 23% to 43% but local authorities and regional taxes can increase the effective tax rate to above 50%. In both countries the general corporate tax rate is 25% to 30% with an effect tax rate adding 2% to 6% to the general corporate tax rate.

In helping European companies move to the United States, HafeziCapital helped the company establish its legal structure, obtain bank accounts, find and negotiate office space, and hired a top Immigration attorney to obtain the necessary work and immigration visas for moving key managers to the United States. HafeziCapital helped develop the hiring strategy and worked with a top recruiting firm specializing in green technology to hire specialized individuals within the streamline operations. The key owners of the organization re-invested the tax savings into the organization and are growing at doubledigits while they were growing at only 2.3% with the EU. HafeziCapital is currently advising the client on international market expansion, and marketing and branding strategies.

HafeziCapital conducted a feasibility study on how to enter the Latin American market, potential partnerships and joint venture agreements, market positioning and regional expansion potential.  To this extent HafeziCapital advised its client to take advantage of the Colombian Fair Trade Agreement to capture and enter a new market, namely Latin America. The Colombia Free Trade Agreement that went into effect this past May has allowed for the company to establish a regional presence within South America.

To service such clients, HafeziCapital International Consulting and Investing has opened satellite offices in Madrid, London, Singapore, Rio de Janeiro, while maintaining its Headquarters near Washington DC and a West Coast office in Palo Alto, California. HafeziCapital has also established a preferred network of professionals from lawyers, bankers (HSBC, Credit Suisse, Citibank), accountants, and realtors (among others) to make the move fast, easy and cost effective.

Please let us know what your challenges and questions are. It costs you nothing to investigate how we might be able to transform your business…perhaps your life.