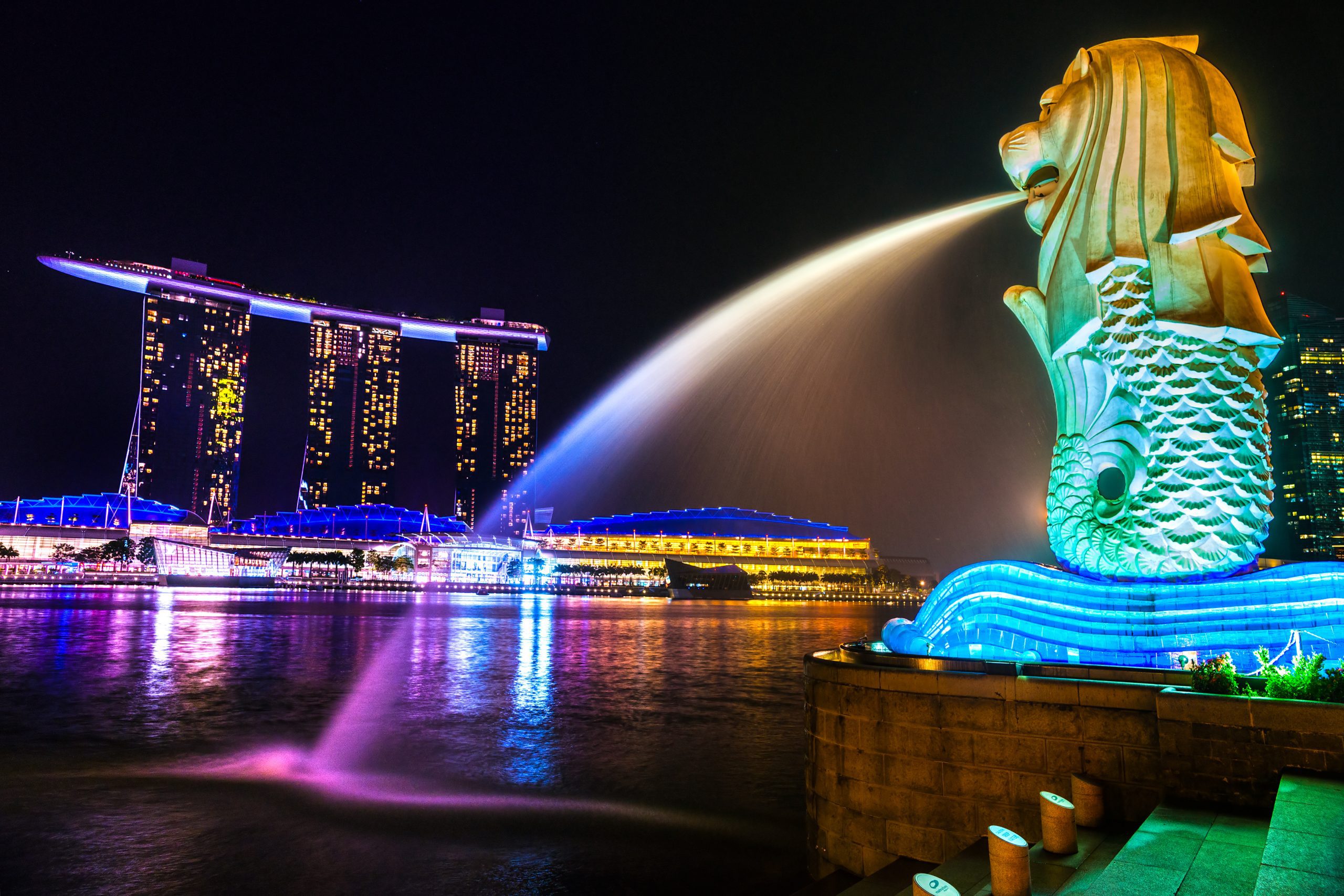 International markets present a great opportunity for Technology companies to expand to. Looking at global demographics, nearly 7.2 Billion people live outside of the United States of America. Most opportunities exist outside of the U.S. market and thus the correct market entry is critical in achieving success. The decade long expansion of emerging market economies such as China, India, Brazil, Pakistan, Qatar, Chile, Panama, Nigeria, and South Korea et al, presents a great opportunity for tech companies to expand both in scale as well as establishing regional development centers. This allows for a diversification of research and development from purely a U.S. (developed market model) to a bifurcated Global approach (differentiating between developed and emerging economies). Successful companies gain not only new customers but also an expanded product base that can be an effective means of achieving global market dominance.

Boomerang had decided to open a sales office in Singapore given that the CEO had a good relationship with a former employee that lived in Singapore. Purely based on this relationship Boomerang opened a sales office in Singapore with the intent of expanding throughout the Asian-Pacific region. However, after five years of operations theses office did not produce enough sales for Boomerang to expand into other countries. As a matter of fact, sales in Singapore became stagnant and internationally market entry proved a disappointment to the Austin headquarters of Boomerang. The organization did not have the internal resource to develop a Technology Company’s International Market entry strategy. International clients were ad hoc and did not buy the services the same way other domestic clients would. The company had saturated the domestic market and investors were looking for an international strategy as a means to justify the company’s future cash flow. The ship in Singapore had to be corrected as proof of concept for international market entry. Singapore’s total sales were limited to $450k USD per year. The company was also planning on entering the European market via operations in London, and developing a cohesive international market entry strategy was a necessity for the board, and for the private equity investors.

HafeziCapital was contracted to review the existing operations, present the key finding, make recommendations, and based on board approval implement the strategy as an outsourced consultant. To this extent, HafeziCapital first interviewed the CEO of the Company. Based on the three hours in-depth conversation, HafeziCapital was able to understand that the company had reached its growth limits within the U.S. market and that international growth had to be done in an effective manner because the valuation of the firm and future success depended on the international market.

The interviews also presented the company’s challenge in a need in protecting the products Intellectual Property while allowing the company to expand internationally. The Boomerang C-Suite was worried about reverse engineering its product and potentially weakening the firm product mix. Meetings with the Chief Marketing Officer presented in ineffective methods of marketing and funnel development that had taken place. Heavy marketing spending was being deployed at irrational times of the year. As an example, in  Australia, heavy ad spending was being deployed in January, during the summer months when most Schools and key decision-makers were on vacation. Furthermore, the marketing mix was too “American” and did not explain the meaning of the product in the manner that Australian’s understood the market. After meeting with the Chief Financial Officer, HafeziCapital was able to understand the international operations costs and margins. HafeziCapital started exploring tax mitigation strategies and developing tax-friendly organizational structures that would yield high returns for the company and allow the company to reinvest earnings without the need to repatriate the income.

After meeting with the C-Suit at its headquarters in Austin, HafeziCapital traveled to Singapore and met with the full sales office. Within the interview process, HafeziCapital quickly found that headquarters had set limitations that made the SaaS product not competitive in the Singapore market. Sales were limited to companies purely working in Singapore. Singapore is still a major trade economy, and thus limiting customers to purely the Singapore economy takes away the competitive advantage of Singapore as an economy. customer service was based in Austin and was closed during the eight hours period that was prime business hours in Singapore. Language support was limited to English in a market that has a heavy Indian and Chinese presence as other languages. The sales office had a very limited marketing and budget, and all marketing was

Furthermore, the customer service division of the organization and the call center was based in Austin and was closed during the seven-hour period that was prime business hours in Singapore. Language support was limited to English in a market that has a heavy Indian and Chinese presence. The sales office had a very limited marketing budget, and all marketing was controlled for content, messaging, and design by headquarters. Unfortunately, the content and ad spending were not deployed in a manner that took full advantage of the Singaporean economy.

Based on all the above information collected both in Austin and Singapore, HafeziCapital began a thorough analysis and research of the SaaS market segment that Boomerang was involved in, its competitions, competitive advantages, pricing model, and industry penetration. HafeziCapital’s analysis proved that Singapore was not an adequate location given the lack of a natural cluster that would be favorable to the organic growth of the organization. Based on further detailed analysis, HafeziCapital found that Melbourne, Australia was the leading market for all other competitors and thus possessed the necessary human, technical, and customer base to sustain and grow operations. HafeziCapital’s International Strategy called for the office in Melbourne, Australia to become the regional office for all Australia-Asia operations.

HafeziCapital helped to structure the organization as a subsidiary of the American based Company. The new entity would have the autonomy to localize its content, but it had to meet the international standards set forth by its parent company. HafeziCapital identified the key international standards in its initial and follow up conversation with the C-Suite managers. The notion of local content with a global reach would be labeled Glocal, and this would become the driving strategy for operations internationally. Customer support was also migrated for twelve hours a day to Australia as a means of servicing the Australia-Asian market. Australia is an immigrant country with a plethora of Indian (23 official languages), Mandarin, and Cantonese speakers among many others. This move allowed the company to be closer to its customers, and address cultural and user differences in an effective manner.

Melbourne’s autonomy stretched into marketing, client development, and sales event development. This level of autonomy allowed Australia-Asian to develop its own marketing funnel, that did not require leads to be processed, reviewed, and forwarded from Austin prior to them being directed back to the Australia-Asia market. This allowed for quicker response times and allowed clients to meet with salespeople in person within days of the initial request. As response times increased, and the marketing machine became effective, Boomerang started to become a known entity in the Australian-Asian market, and sales increase to over $1.93m USD in less than 19 months.

HafeziCapital’s Technology Company’s International Market entry strategy called for Melbourne to become the key anchor to all operations in Australia-Asia. This allowed regional know-how, and local content to drive and address the issues that required cultural, situational, and geographic understanding. As Melbourne grew regional sales office in other cities across Australia-Asia would report to Melbourne as the primary entity and Austin only was necessary. To keep the values of the organization intact, employees would all obtain initial training in Melbourne and move to Austin for a period of two weeks to become certified by the company. This also allowed HQ to control employee quality and maintain a strong relationship with the employee base.

As the organization grew within the Australian-Asian market a reporting system was designed to provide product feedback to Austin. This open communication feature allowed Austin to listen to what clients demanded in Australia-Asia that was different than its product offering in the United States. This open forum communication method, allowed a positive feedback loop to emerge and allowed the Research and Develop teams to keep in constant contact with the Australian help desk to monitor the needs of clients in other markets. Currently, the Australia-Asia operations are yielding nearly $15.3m a year in income to the company, which represents over 12% of all sales.