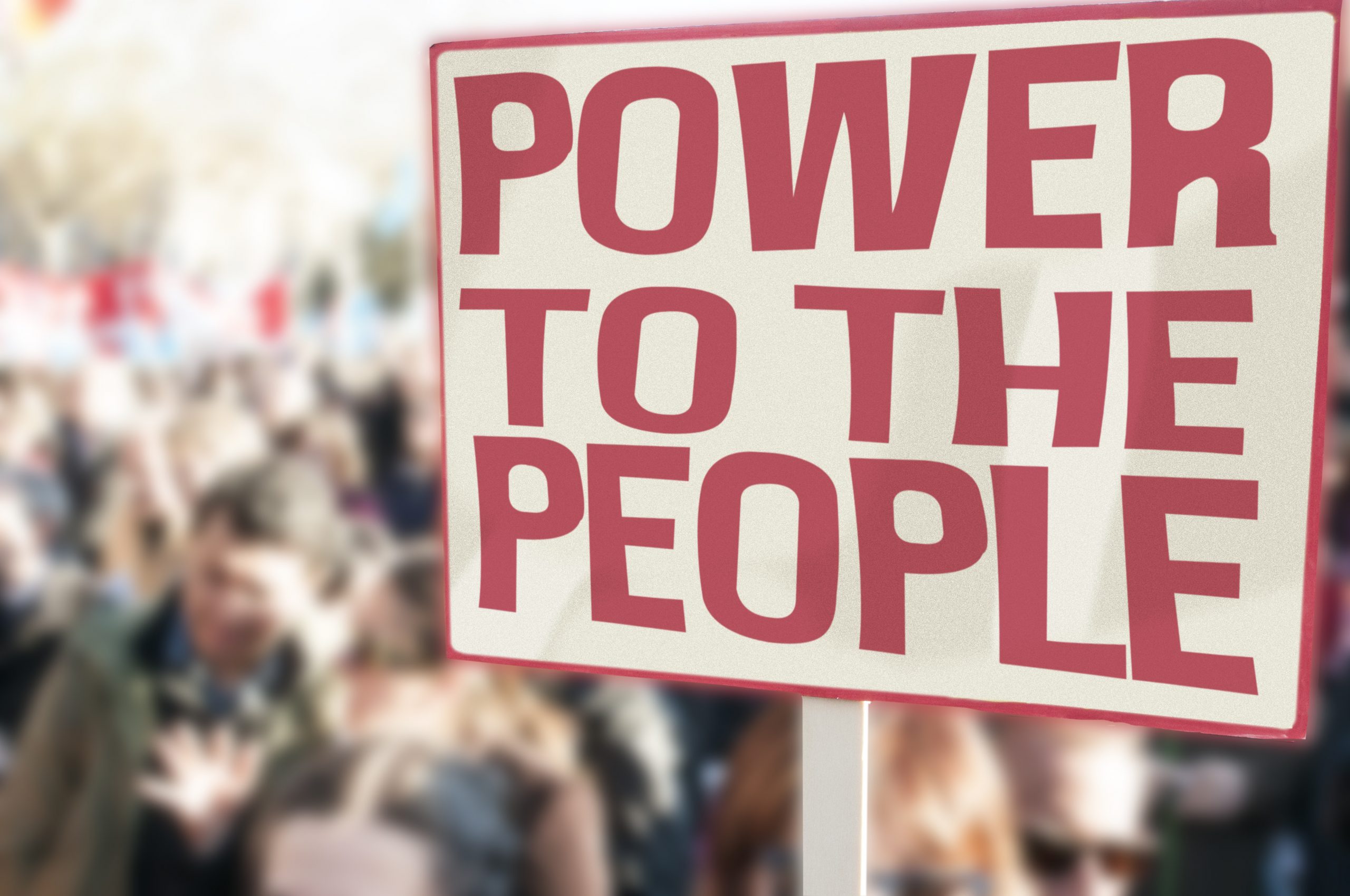 The repercussions of the global economic downturn that began in 2008 are still lingering today. They are being manifested in the lack of full scale employment, wage growth, economic mobility, increase in aggregate demand, margin expansion, and ultimately the economic hopelessness of a large sector of the populace. The implications vary per country, however they have two key elements in common; namely a de-globalization movement and a socialist leaning.

The de-globalization movement are manifested in the United Kingdom via the “BREXIT” and the Scottish Referendum, and in the United States by  Republican Nominee, Donald Trump who has questioned the feasibility of NAFTA and viability of the TTP. The movement is nationalist in nature and xenophobic. The United States Republican nominee has specifically targeted immigrants of Mexican and Muslim descent. In Germany, the right wing AfD (Alternative for Germany) (anti-immigrant) party, won a decisive 24.2% of the seats in local elections within the eastern German state of Saxony-Anhalt, making it the second largest party after the ruling CDU (Christian Democratic Union). In other German states, such Rhineland-Palatinate and Baden-Württemberg, the the AfD came in a strong third place. The Golden Dawn in Greece, a neo-Nazi party, won 16.1% of the mayoralty electorate and 9.4% of the European elections in 2014.

Sweden, a leader in the immigration acceptance movement, has also seen an increase in its share of nationalism. The SD (Sweden Democrats) has seen an increase in polling of nearly 5% since the November Paris terrorist attacks; Denmark has seen the growth of the Danish People’s Party which is anti-Brussels (anti-European Union) and anti-immigrat. In the United Kingdom, it’s the U.K. Independence Party that is both anti-immigrant, anti-Europe, and a the face of the BREXIT movement.

It is evident that throughout the Developed world prolonged economic stagnation of the middle to lower-middle class is leading to alternative political movements. This coupled with the influx of migrant workers and political asylum seekers from war torn countries (i.e. Syria, Afghanistan, and Iraq) are placing added pressures on an already vulnerable economic system within the Developed world. Many of the same nations have seen the simultaneous rise of an anti-corporatism, as manifested in the United States by the rise of Bernie Sanders, in Spain by the rise of Podemos, in the United Kingdom by the rise of Jeremy Corbyn, and in Greece by the rise of the Syriza party. These parties have run on the notion that corporations and their outsourcing are to blame and that the blame is specific to “greedy CEO’s” that do not share their wealth with employees. The Orthodoxy of the far left is that corporations are by nature evil and that government has to play a larger, if not dominant, role in providing for its citizenry. In countries such as Switzerland, the idea has been taken to its next logical conclusion with a State sponsored unconditional income of 2800 CHF  being placed on a ballot (it was defeated).

The living wage movement is a necessary movement in the United States and helps move the burden of low income employees’ food and healthcare benefits from the State coffers   to those of corporations providing non-living wage jobs. However, the living wage movement is now morphing into the basic income movement. The argument developed by German artist Enno Schmidt is that Nation-States should pay citizens for just “being alive.”

It is not a new idea, but the movement is gaining momentum with the economic malaise (Thomas Paine was an advocate of the idea). The idea is gaining specific momentum in progressive cities throughout the world. However, the basic income movement will only bring forth inflation and a new generation of unmotivated workers. One of the key reasons the U.S. has an strong entrepreneurial community is the lack of a strong safety net. Individuals are encouraged to work hard and grow their respective businesses. Individuals are not entrapped in a negative feedback loop of economic dependency.

Symptoms and not causation

The growth of the extreme left and the extreme right arise from the same systemic causes, however they seek different solutions. The right blames outsiders for their economic problems, be it immigrants or foreign entities (IMF, World Bank, WTO), while the left blames internal forces such as corporations and lobbyists. Neither is the root of the actual problem, but rather the symptom of an ineffective government failing to enforce its existing laws.

The rise of globalization

The rise of globalization in the past four decades has developed a two-tier economic class system. The individuals that have gained from globalization are the highly educated and the mobile workforce. They are data analysts, engineers, programmers, and data miners that can compete globally in a market that has a negative unemployment rate. They can live in Hyderabad, India and compete with anyone in the Developed world.

They are also in the services industry such as investment bankers, economists, doctors, lawyers, investors that can travel the world and produce riches in any country. The highest paid person at Credit Suisse was not its CEO Tidjane Thiam ($4.7m for 6 month), but rather Sergio Machado ($14m for 12 months), the ex-head of Credit Suisse’s Brazil fixed-income business. This global class of citizens are generally highly educated, and have the tools to compete in a globalized economy. They are the winners of the Globalization game. For winners of Globalization it is not a zero sum game. Highly educated students are seeing wage compression, and increased competition from the Emerging Markets. Today’s global talent is not only being bred by Stanford University and MIT but also by the Indian Institute of Technology in Delhi.  The University’s full MBA program costs about $6,000 vs. the average U.S. private University MBA program costing more than $60,000. In the global market place the average Indian student has a major competitive advantage, given its lack of student debt. Collage students in the United States face an overwhelming disadvantage in that they have a higher student debt burden, while simultaneously facing wage deflation.

Credit Card Debt in the United States since 1980.

The Second-Class citizens are those that do not have the tools to compete in a global economy. They are the lower skilled workers generally within manufacturing that had a high standard of living. In the post World War II era manufacturing jobs were the bread and butter of cities such as Detroit. But with the progression of globalization these cities slowly became under employed. As jobs migrated away from Detroit to developing markets, the workforce became un-employable and un-skilled in the modern economic movement. This class of citizenry has seen incomes, benefits, and quality of life decrease. In the United States their lack of buying power was substituted with personal debt (Credit Cards or second lines of mortgage). This Second Class citizen is now Wall Mart, and is forced to take a minimum wage job with little to no real benefits.

The rate of Globalization intensified with the rise of workflow automation, and decreased cost of communication inter alia. The pace of Globalization increased, with offshoring eroding jobs in both the skilled and unskilled labor force.  The Dot Com era that produced quality paying jobs in United States, moved offshore. This allowed Emerging Markets such as India, Pakistan, and the Philippines to develop its workforce. The unskilled labor market were exported to China, Vietnam, Bangladesh and India.

Automation and the Developed world

Today’s quality jobs are being developed in the Emerging Markets, given the available talent, deployable infrastructure and low wages. This trend will continue, and the only major differentiator is where the jobs will the produced. Commerce will migrate from low-wage country to lower-wage country as long as the infrastructure is available to support it. Any manufacturing within the Developed world will include maximum use of automation, given that they have to compete globally. In essence manufacturing jobs will never come back to Developed markets. In the services economy, we will see an increase in the Uber economy. In the decades to come, the Uberized economy; meaning part-time, self-employed, project based employment, may become the largest sector of the workforce.

The fallacy of Globalization’s failure

Globalization’s success includes the industrialization of China, which has moved the largest number of citizens out of poverty. We have less people living in poverty today than ever before in human history. We have less children dying at birth and more children being educated than ever before. We have better access to medicine and we are slowly winning the battle on global hunger. Our problems are not globalization but a lack of growth and development of new quality jobs in the developed world.

Growth as the only remedy

The developed world will not win its battle by increasing barriers to commerce, fighting immigrants, or giving free money. We will only win this battle of unemployment by increasing research and development in industries and creating new opportunities. Countries in the Developed world need to start hyper-investing in their University Systems and Research corridors. Developing countries must simultaneously educating and re-educating Second-class citizens to have the applicable tools to compete globally. The role of government is to help its citizenry compete. The role of government is to provide and environment for the population to succeed in a global marketplace. The role of government is not to protect the low-wage jobs that are inefficient in a Developed economy.

New companies such as Tesla, are adding over 13,000 high paying manufacturing and non-manufacturing jobs to the United States economy. We need to amplify this demand for other sectors.  The economic malaise that the Developed world finds itself will not be resolved by creating more barrier to businesses. The Developed world must create more opportunities for new businesses with better producing jobs. The only panacea is growth and development of new technologies that yield quality jobs domestically. Our problems are economic in nature, yet our politicians seek xenophobia, violence, and anti-corporatism as a means to growth. It may be easier to blame others for our problems, but it will not solve our current economic problems.