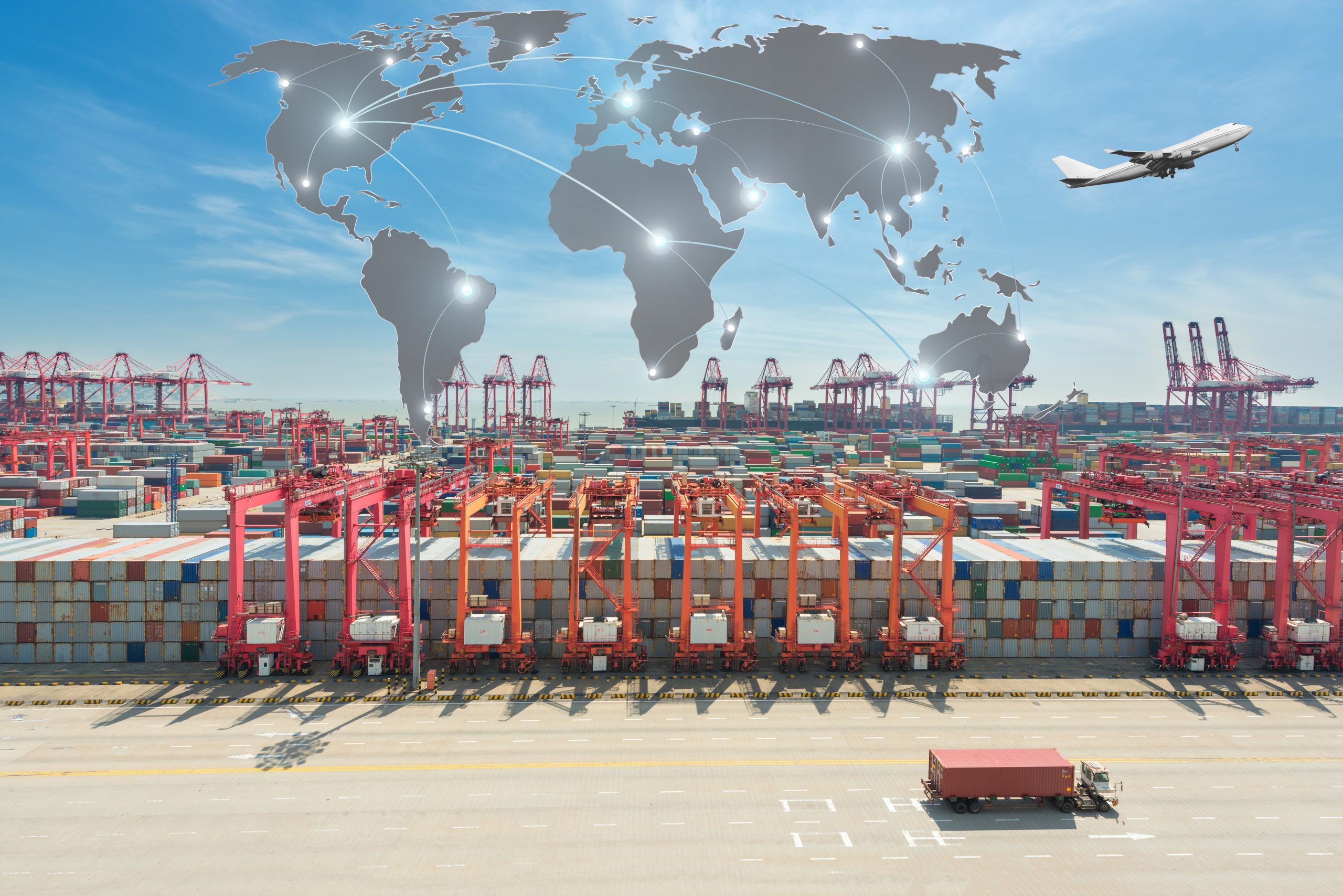 With the election of Donald J. Trump the uncertainty of policies has led people to question the future direction of international trade. The notion of trade liberalization, that has been central to American Foreign Policy for the past forty years is being challenged. The question that arises for corporations is what is the future direction of International trade? Is it one of higher barriers to international market entry or is it a future of geo-politically driven, free-trade zones? Do multi-national corporations need to start selling foreign assets to be ahead of the wave and maximize valuations? Who will gain and who will lose? How should corporations restructure operations to ensure they are viable in the next phase of globalization?

The first wave of Globalization began between 1815 to 1914, an era described as the long peace. Classical economic theory believed that tariffs infringed on trade. In 1860 the first steps were taken to negotiate trade policy with the passing of the Cobden-Chevalier Treaty between France and Britain. The bilateral treaty proved to be critical to burgeoning trade negotiations. The decrease of tariffs and structural trade barriers aimed at the epicenter of political policy and two that nondiscrimination and reciprocity in fair trade were critical to bilateral treaties. To this extent, Europe become the epicenter of global growth and trade. Economists and Philosophers collectively agreed that inter-connected economies of nation-states would not engage in war with their own self-interest at stake. John Stuart Mill claimed that an interdependence created by International Trade would “rapidly make war obsolete.” This first era of globalization allowed international imports and exports to increase from 2% to 17% of Global GDP over the course of a century.  By 1914, at the dawn of WWI, the world was as interconnected as it is today.

It also established Britain as the Great Power and brought forth Pax Britannica. Richard Cobden claimed that international trade would “draw men together, thrusting aside the antagonism of race, and creed, and language and uniting us in the bonds of eternal peace.” However, Colonialism proved to be solely peaceful for Europe but not for the rest of the world. These Great Powers scrambled for guaranteed access to raw materials and commodities throughout the world. International trade was a significant tool to guarantee power to some and limit the power of others.

Colonialism became a tool for European countries to dominate the “third world” by cheaply extracting raw commodities such as tea, gold, metals, ivory, rubber, among hundreds of other commodities. This era of Colonialism, brought forth the first accounts of genocide. King Leopold II of Belgium established its Colony in what is today, the Democratic Republic of Congo, and subsequently raped, mutilated, enslaved and tortured its people for the sole purpose of extracting Ivory and Rubber. Modern estimates have the number of people killed at over 10 million – nearly half of the overall population. Belgium grew richer at the expense of the Congolese.

The International trade theory was challenged in the 20 Century. The argument that countries that have an interdependency in trade would not engage in war was challenged by Germany’s war with Britain and Russia in 1914. This, in spite of the fact that both Britain and Russia were Germany’s leading trade partners. Free Trade Liberalism came crashing and substantial trade barriers were erected in the wake of WWI. Nationalism, protectionism and isolationism became the modus operandi of the political times, as global trade decreased, and placed a large burden on growth. Today, trade is critical for the United States, thus for every $1 decrease of imports due to protectionism, the U.S. has a $2 decrease in consumer surplus.

The protectionist economic policies post 1914, brought forth double digit Inflation. The average inflation rate in the US went from 1% in 1914 to 18% in 1918. It moderated thereafter with deflation become a major issue. By 1921 the US was in a deflationary cycle with 10% deflation.  The era of protectionism also resulted in the deepest depression in American History – The Great Depression which lasted from 1929 to 1939. In Germany the post war era had forced hyper-inflation and prices increased by some 140%. By December of 1923, the Reichsbank was forced to issue 496.5 quintillion marks, whose value had fallen to one-trillionth of its 1914 value.  In the case of Germany, the war reparations imposed in the Treaty of Versailles simply amplified the economic pain.

The era of modern globalization began with the end of the second world war. In 1947 the General Agreement on Tariffs and Trade (GATT) brought forth a large number of countries with the intent to decrease trade barriers. By 1995 the number of participants had increased to 128 countries, when  the GATT was transformed into the World Trade Organization (WTO), which expanded membership to countries such as China.  The destruction of Europe brought forth a large opportunity for development and infrastructure spending. The United States had suffered minimal damage within its own borders, thus its manufacturing capacity became the engine of global growth. The post war era brought forth a time of both high internal and external demand. Although inflation rates skyrocketed in the fist few years post the war, inflation was moderated thereafter to under 3% for the majority of the years. This all changed with the U.S. moving away from the Gold Standard.

The new era of globalization brought forth the longest stretch of growth and global stability. It moved billions of people out of poverty from emerging and frontier markets. The global consumer class moved from just 300 million people in 1950 – or 13.7% of the world population – to 2.4 billion – or 35% of the population – by 2010. By 2025 we will have more than 4.2 billion people in the consumer class. Consumer discretionary spending has also increased between 1990 and 2010 by over 75% for the global population. The majority of the global consumption will come from Emerging and Frontier Markets. Countries that entered their own industrial revolution have gained the most. Countries such as South Korea, Taiwan and Singapore have become the poster children of Globalization. In 1960 Somalia, per capital income was 10% higher than South Korea. In the following 45 years, the per capita income of Somalia decreased by 33% while that of South Korea increase by more than 10 fold. The development of both India and China have brought over 1 billion people out of poverty, comprising 1/7 of the global population. All key metrics for health, education, standard of living have increased in a significant, positive direction in this wave of globalization. Childhood mortality, extreme poverty, child labor, and global inequality have also significantly decreased in the past 70 years. Globalization has helped bring about a better quality of life to most people around the world.

The future direction of international trade under the Trump administration may change the current course of trade liberalization. Globalization can be suppressed by large economies and thus we are in danger of entering a new era of global trade with major repercussions for people, nations and corporations. Nearly all organizations are multi-national today, and rely on a global supply chain and require the affordable acquisition of global commodities to fulfill the manufacturing process. International tariffs can decrease overall production, increase costs and force heightened inflation. Corporations – be they a local firm, or a large multi-national – need to start developing alternative plans to migrate manufacturing into the United States. The lead time of product to market may be between 12 to 28 months and could force major shortages, hyper-inflation and short term human capital shortages. However, as evidenced by the long term trajectory of the 1920’s an era of double digit inflation would move into an era of slow growth and double digit deflation. Most manufacturing that is human capital intensive abroad, would  lead to automation where possible within the United States, continuing a decades long trend. We would see an increase of technological R&D in all sectors of the U.S. economy and thus overall unemployment rates would increase. Protectionism would only help the domestic market for brief period of time, given the investments needed to migrate the supply chain and product chains. Thereafter it would have a net negative effect and lead to significant deflationary pressure.

The future direction of international trade can lead to major losses for multinational organizations if they are not addressed adequately. This would mean that production, taxes, and the movement of human capital would be challenged throughout the world, and production costs could easily increase by magnitudes not seen heretofore. The future direction of international trade can force the de-valuation of companies throughout the world, and move more people, even within the United States into poverty.

At Hafezi Capital, we are uniquely positioned to help you navigate these turbulent times. Allow us to help you understand the Risks associated with the future direction of International Trade.