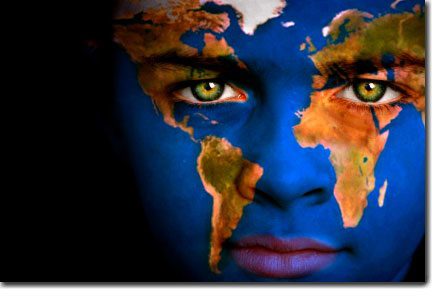 How to growth your business by focusing and selling to the Domestic Ethnic Market within the United States.

Multi-national organizations should focus on international expansion, however they should not loose focus on the Domestic Ethnic Market (DEM) within the United States. The Domestic Ethnic Market within the United States is expanding and has a stronger purchasing power visa-vie other international markets. The combined disposable income of the African-American and Hispanic segment is greater than those of the B-R-I-C economies combined. Within the United States the foreign-born labor force has increased dramatically in the past 107 years from 6 million people in 1900 to 23.9 million people in 2007. Over 15.5% of the 2007 labor force was foreign born, from 5.2% in 1970. Most ethnic groups within the United States congregate in regional clusters. Ethnic clusters are prevalent within major metropolitan cities across the United States. Specific regions within the United States are becoming melting pot clusters given the regions establish ethnic transplants. Within the Washington DC Metropolitan area, areas such as Bailey’s Crossroads are the mecca for the Hispanic community, whereas Tysons Corner, Merrifield, Chantilly and Annandale are the meccas for the Korean community. Such communities typically have their own regional newspapers, television stations, grocery stores, and restaurants. The majority of the cluster communities are composed of first generation immigrates that still posses a strong since of their ethnic identity. They regard themselves first as Korean, El Salvadorian, or Iranian and than as American.

First generation immigrant’ s consumption behavior is dictated by the value systems from their respective countries that slowly amalgamate the value systems of the transplant community within the United States. First generation immigrants purchasing behavior is open to change absent the availability of familiar brands from their respective countries. This form of brand loyalty represents a bridge between their ancestral home and the United States. Corporations within the United States do not take advantage of this new client base, and do not take the opportunity in educating new immigrants about their products in their own language and value system. Multi-national corporations advertise to these communities as if they were generational Americans that have control and command of the English language and the general American v alue system. Yet, these com m unities lack product education and cannot decipher the difference between products a key shortcoming to effective marketing. Organizations that attempt to advertise to the multi- cultural community are both limited and limiting in nature, given that they partition ethnic communities into one lump sum rather than segmenting the market space accordingly.

Why partitioning can lead to bad data?

Partitioning is the dividing of the market by easy to measure characteristics such as those of the U.S. Census data (Age, Ethnicity, Income, etc.). Partitioning the Asian community into one whole entity misrepresents the data and depicts the community as a monolith. The Asian community constitutes over 41 various countries each diverse with different languages, religions, and cultural norms. Marketing strategies for the domestic Indian market is very different from the marketing strategy to the domestic Chinese market. Yet they are partitioned into the same unit as one holistic entity, namely “Asians.” This approach also remains true for the domestic Hispanic market. Partitioning the Hispanic community misrepresents the data given that it lumps the entire Hispanic community into a monolith with a specific culture and value system. The Hispanic community is not a monolith but rather a divergent society constituting over 26 different nationalities from Mexico to Equatorial Guinea (Africa).

The Indian-American Household Income is 35% above the MEDIAN American household income.

The Hispanic community is a myriad of cultures, religions, ethnicities, dialects, and value systems, requiring a multi-prong segmented approach within the sphere of marketing. I define this as Glocal Marketing Segmentation (GMS), the process of taking the Domestic Ethnic Market (DEM) and merging the global marketing strategy of unified colors, design, and branding with the local market strategy defined by the local value structure. By merging the best of the two worlds, multi-national organizations have global brand presence that can be decoded by all who see the message while speaking the local language and resonating with the local community. By segmenting the market into thinly sliced layers of nationality, economic capability, education, religious identification, geographic location, et al, we establish a specific buying behavior by individuals within these groups. This leads to designing a marketing strategy that targets each thinly segmented market into a customer via targeted advertising in their respective language and culture that they can decode.

Glocal Marketing Segmentation marketing strategies have a higher return on investment given that their respective expenditures are contained within area clusters. This is exemplified by the fact that over 45% of the Chinese American community lives in regional-clusters within the metropolitan markets of Los Angeles, San Francisco, and New York. Targeting these communities directly is very cost effective with a very high return on investment. The Indian community is clustered within New Jersey , New York, California and Texas, making them direct marketing target areas.

Corporations would be well advised to target these communities within their ethnic language and value system. Advertising within the three main metropolitan areas is much cheaper than advertising nationally, and will add value and increase customer demand given that it is an underserved community. Furthermore, these advertising techniques can become the testing grounds for products, and product messaging for international expansion. Multinational organizations can loose much credibility by entering a new market with a weak or disenfranchised messaging. By testing the advertisements within the Domestic Ethnic Market, multinationals can mitigate the risks associated with global market entry strategies.

US Corporations are loosing this battle to smaller niche players that are catering to the Domestic Ethnic Market. Areas that would see great growth would be grocery stores, retailers, travel agencies, banking institutions, wealth management, credit card companies, car manufacturers, and cable/satellite providers among others.

An example of Domestic Ethnic Market servicing by a major multi-national is Banco Bilbao Vizcaya (BBV) a Spanish bank whose strategic purchase of Compass was aimed at the domestic Mexican market (10 million people). Compass bank is a regional bank predominantly located in the Border States between the United States and Mexico. For BBV it was a strategic entry into the United States and it chose Compass given its large presence within the Boarder States and its existing relationship with customers of Mexican decent.

After the segmentation of this customer, BBV found that the average Mexican customer required services were not offered by local banks but rather by private wire-servicing companies. A large percentage of BBV’ s customers required wiring services and money exchange, services to Latin America. Yet, those services w ere not being provided at a competitive rate by the banks. Thus, BBV developed a portfolio of products that targeted this market directly , and became the market leader. Furthermore, BBV was able to expand its customer base by providing services such as Car Loans, Home Loans, and Credit Cards, services that its clientele of Mexican decent could have obtained from another banking institution. This allowed BBV to further educate its clientele about its product portfolio and move them into other complementary services such as home loans, savings accounts, checking accounts, credit cards, investment vehicles and car loans. Pepsi Co advertising to the US Domestic Ethnic Market

Pepsi Co and Target picked New Jersey to team up to test the October 17th, holiday of Diwali, an Indian festival of lights. Many Indian-Americans host parties leading up to the holiday, thus Pepsi Co and Target provided a month long advertisement campaign specifically aimed at the Indian-American population. The advertisements created good will and increased sales of chips and soda’s to a community that might have forgone those purchases by the manufacturer. As Anita Issar marketing director of PepsiCo stated, this advertisement campaign allowed PepsiCo to “build upon that existing loyalty and connect with them [Indian-Americans] in a way that’ s meaningful and shows an understanding of a significant occasion that’ s taking place in their lives.” PepsiCo market strategy was to promote and highlight the “products we know Indian consumers love.”

The domestic ethnic market within the United States is underserved and US corporations have the ability of increasing domestic market growth by attracting this segment of the market. Many slices of the Domestic Ethnic Market have a higher average household income yet they are market to as if they were second or third generation Americans. The strategic marketing departments of all major US organizations have to segment the Domestic Ethnic Market market into smaller slices to further understand the buying behavior of their potential customer . This will allow the customer to become educated and differentiate between the products. Organizations cannot keep ignoring this market segment given that by 2050 an estimated 54% of the American market will be composed by minorities. Thus major market players have to defend the domestic market or risk fully eroding domestic growth.